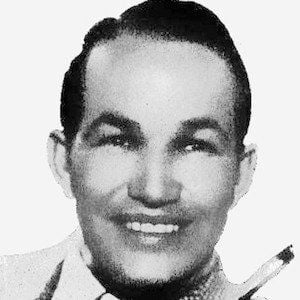 Country and western singer who released the 1945 single "Shame on You." He was also found guilty of murdering his second wife.

He was part Cherokee and attended the Chemawa Indian School in Oklahoma before moving to California in 1930.

He also worked as an actor and appeared in thirty-eight Western films.

He was married twice and had three children with his second wife, Ella Mae Evans.

He was a stand-in for Roy Rogers in some Western films.

Spade Cooley Is A Member Of