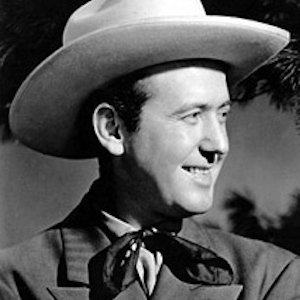 Country singer who released ten #1 singles between 1944 and 1969, including "Peace in the Valley."

He worked as an usher and singer after graduating from Berea High School.

He has two stars on the Hollywood Walk of Fame and is a member of the Country Music Hall of Fame.

He married his third wife, Sally Sweet, in 1952; he has a son, Clyde Cummins, who is also a country singer.

He played a role in launching the career of country starlet Brenda Lee .

Red Foley Is A Member Of