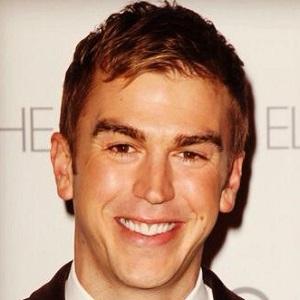 Singer-songwriter whose 2014 album Daybreak debuted at #1 on the iTunes Jazz chart. His first album, Introducing Spencer Day, was released in September of 2003.

He attended California Institute for The Arts briefly before moving to San Francisco to pursue his music full time. He worked at Taco Bell but was thankfully fired shortly after beginning the job.

His song "Till You Come To Me" from his second album Vagabond stayed on the US Contemporary Jazz charts for 30 weeks straight.

He comes from a musical family. His mother is a music teacher and accomplished soprano opera singer. As a child, his favorite thing to do with his brothers and sister was to create plays and perform them for his family.

After being compared often to Frank Sinatra, and after audiences repeatedly asked him to “Play some Sinatra," he obliged on Daybreak with “These Boots Are Made For Walkin',” recorded by .

Spencer Day Is A Member Of