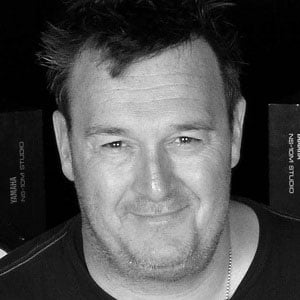 Music producer and sound engineer known for his work on albums by Coldplay, the Spice Girls, Lady Gaga, Muse, Depeche Mode, and numerous other popular bands and artists.

At the beginning of his career, he worked on albums by The Cult, The Mission, and Erasure.

He received Grammy Awards for his work on Muse, Beyonce, and Madonna albums.

He grew up in Hampshire, England.

He produced and/or engineered several Bjork albums, including Vespertine and Medulla.

Spike Stent Is A Member Of