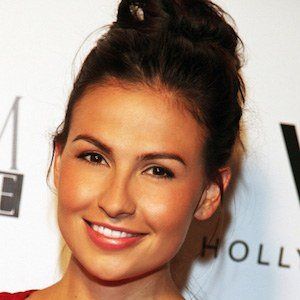 Bartender who rose to fame for her appearances on the popular reality television series The Hills in 2009 and 2010.

She was working as a bartender in Los Angeles when The Hills happened to be filming. The producers offered her a mic and she became friends with members of the cast not long after.

As a bridesmaid in Scheana Shay's wedding, she appeared on an episode of Vanderpump Rules.

Her sister, Jessica Hall, is a popular television and radio personality. She celebrated her one year anniversary with her husband in September of 2014. She gave birth to a daughter named Audrey.

She appeared alongside Spencer Pratt on MTV's The Hills.

Stacie Hall Is A Member Of