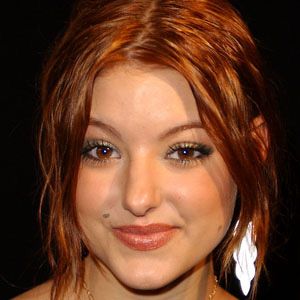 Singer-songwriter best known for her single "(There's Gotta Be) More to Life," which debuted at #30 on the Billboard Hot 100. She took a hiatus from music after the release of her second studio album.

She moved frequently as a child because of her parent's love of travel. She debuted with the single "Stuck."

Her very first album, Genuine, sold 13,000 copies in just the first week of its release.

She has four siblings: an older brother Jesse, who is a filmmaker; an older sister Rachel, and twin younger siblings Joshua and Alicia.

Stacie Orrico Is A Member Of