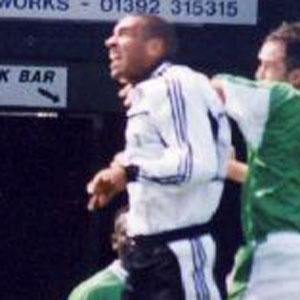 Former striker who played for a number of teams during his long club career, most notably Aston Villa, Liverpool and Nottingham Forest. He made three appearances for the English national team between 1995 and 1997.

He made his professional debut at age 19 with the Stafford Rangers.

He received his first acting role in Basic Instinct 2 after retiring from soccer.

His marriage to Estelle Williams ended in a 2007 divorce; afterwards, he was romantically linked to TV host .

He was briefly teammates with David Beckham on England's national team from 1996 to 1997.

Stan Collymore Is A Member Of