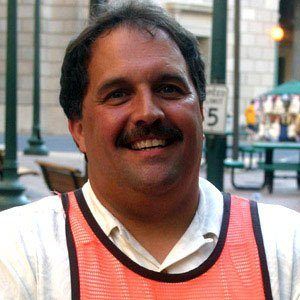 Longtime NBA coach who helped lead the Orlando Magic to the 2010 NBA Finals. His first NBA head coaching stint was with the Miami Heat from 2003 to 2005. He then coached the Magic from 2007 to 2012. In 2014, he was named head coach and president of basketball operations for the Detroit Pistons.

He got his first head coaching gig at Castleton State College in 1983.

He was offered the Indiana Pacers head coaching job in 2007 but turned it down in favor of the Orlando Magic's open position.

He coached All-Star center Dwight Howard during his time with the Magic.

Stan Van Gundy Is A Member Of