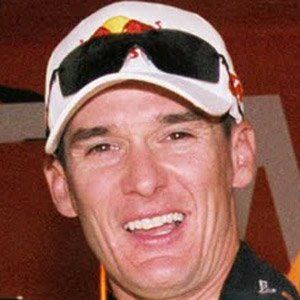 Motocross racer who competed from 1988 to 2006; 10-time world champion in four different classes.

He was just the second person ever to win world championships in 125cc, 250cc, and 500cc events.

He married his longtime girlfriend, Kelly Tureluren, in 2013.

He often had close races with fellow star and rival Ricky Carmichael.

Stefan Everts Is A Member Of