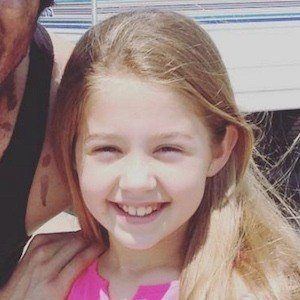 Actress who first rose to fame as a child with her role as Alice Shepard on the television series The Astronaut Wives Club. She then went on to join the cast of the 2015 film Deepwater Horizon alongside Mark Wahlberg and Dylan O'Brien.

She was only five years old when she took her first acting class and it was just a year later that she earned her first role in a community theatre production.

Some of her prominent film credits include the thriller Caged No More and the Gary Ross feature Free State of Jones.

Her mother, Jennifer, is a homemaker, and her father, Leigh, is a business owner. She has two younger siblings, Lucy and Bennett.

In the film The Sound and the Fury, she portrays the younger version of Ahan O'Reilly's character Caddy Compson.

Stella Allen Is A Member Of