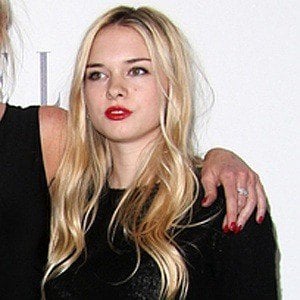 Widely known as the daughter of actors Antonio Banderas and Melanie Griffith.

In 1999 she made an appearance in the film Crazy in Alabama which was directed by her father.

Through her mother's previous marriages, she has two half-siblings, Alexander Bauer and actress Dakota Johnson.

Stella Banderas Is A Member Of