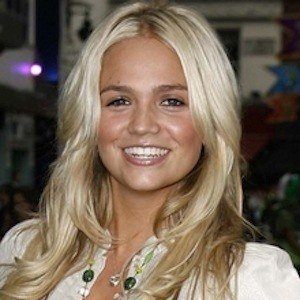 Actress, singer and reality personality who is best known for her portrayal of Sky Mangel in Neighbours from 2003 to 2007. She revived the role briefly in a 2015 episode. Her debut album Tightrope peaked at #4 on the ARIA Albums Chart in 2006.

She made her acting debut in the 2001 film The Wilde Girls. She then appeared on the Australian kids' TV show The Legacy of the Silver Shadow.

She had her own reality show called The Steph Show.

She was born to parents John McIntosh and Sue McIntosh, her mother being a former TV actress and ABC newsreader. Her older sisters are Katherine and Olivia, and she has a half-brother, Jason Donovan, from her mother's first marriage to Terence Donovan. She has a daughter named Milla McIntosh Hieatt with boyfriend Peter Hieatt.

She worked alongside Olivia Newton-John in the film The Wilde Girls.

Stephanie McIntosh Is A Member Of