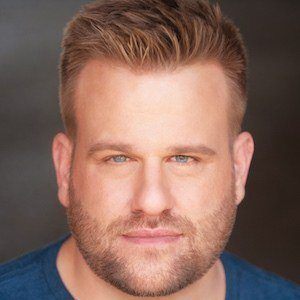 Known for his renown career as a stage actor. He has also gained widespread acclaim for his role as Thor Lundgren on the Showtime comedy-drama series Nurse Jackie alongside Edie Falco.

He graduated from the Creative and Performing Arts (CAPA) School. He then moved to Chicago in 1986, where he worked as both a stage actor and cabaret singer.

He appeared as Thor Lundgren, a principal character, during seasons 1 through 7 of Nurse Jackie. He has appeared in over 2,500 performances of the stage musical Forever Plaid for various regional theaters and touring companies.

He was born and raised in Rockford, Illinois.

He and his Nurse Jackie co-star, Edie Falco, also performed a limited engagement cabaret show in New York City, called The Other Steve and Edie.

Stephen Wallem Is A Member Of