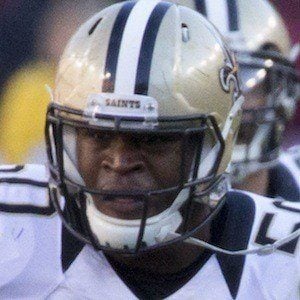 Linebacker who is famous for his career in the NFL. In September 2017, he was traded to the Miami Dolphins, for whom he would contribute at inside linebacker in the 2017 season.

He finished high school as the #3 nationally-ranked outside linebacker of his class. He would play college football as a regular contributor for the Clemson Tigers.

He was drafted in the 2015 NFL Draft's first round with the 31st overall pick by the New Orleans Saints.

He was originally born and raised in Polkton, North Carolina.

He was named to USA Today's 2010 All-USA first team defense as a high school senior alongside Jadeveon Clowney.

Stephone Anthony Is A Member Of