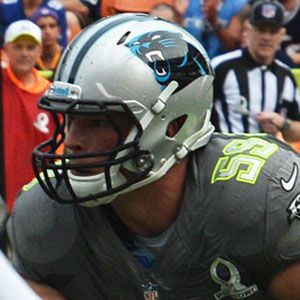 Middle linebacker who made his NFL debut in 2012 for the Carolina Panthers and quickly became one of the team's defensive leaders. He was selected to his first Pro Bowl and All-Pro team in 2013 and he helped lead the Panthers to Super Bowl 50 in 2016.

He was a three-time first-team All-American at Boston College.

He was born and raised in Cincinnati, Ohio. He has two brothers and his parents are named Tom and Eileen.

He joined quarterback Cam Newton on the Panthers in 2012.

Luke Kuechly Is A Member Of