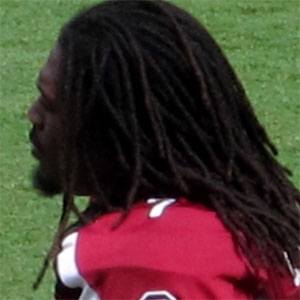 Defensive end who was selected first overall in the 2014 NFL Draft by the Houston Texans. He had a standout career at the University of South Carolina where he was a two-time All-American and the 2012 SEC Defensive Player of the Year.

While playing High School Football for South Pointe, he anchored the defense for a team that went 15-0, which ultimately won the South Carolina AAAA Division II.

He won the 2013 ESPY award for Best Play for the amazing tackle and forced fumble he had against Michigan's Vincent Smith in the Outback Bowl.

His mother mainly raised him, as his father spent 11 years in prison after he was convicted of robbery.

Steve Spurrier was his head coach at South Carolina.

Jadeveon Clowney Is A Member Of