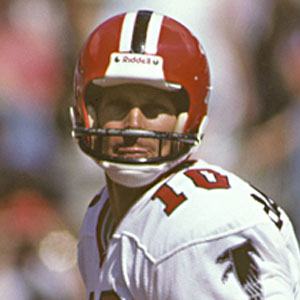 Two-time Pro Bowl quarterback who played in the NFL from 1975-1986 for the Atlanta Falcons, Washington Redskins, and Los Angeles Rams.

He played football at Buchser High School in California.

He was an All-American at University of California, Berkeley.

He has two sons, Philip and Peter.

He passed for 30 or more touchdowns in consecutive seasons, a feat Brett Favre also accomplished.

Steve Bartkowski Is A Member Of