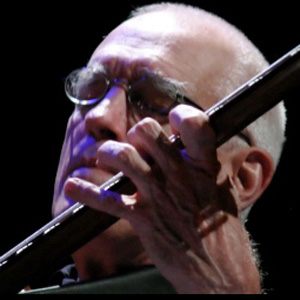 Double bassist and bass guitarist, one of the first acoustic players to switch entirely to electric.

He took up bass at the age of fourteen and attended Yale briefly before moving to New York City.

He taught at Berklee College of Music in the late 1970s.

He and have been romantically involved as well as musical collaborators for many years.

His compositions have received many covers and treatments, including by Chick Corea.

Steve Swallow Is A Member Of