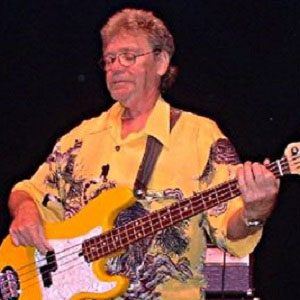 Bass guitarist nicknamed "Duck" who played on hundreds of popular recordings by artists like Elvis Presley, Otis Redding and Rufus Thomas as a session musician for Stax Records. He was also the bassist for the funk group Booker T. & the M.G.'s, with whom he was inducted into the Rock and Roll Hall of Fame in 1992.

He was survived by his wife June and his son Jeff. He had a grandson named Michael.

He was the frequent bassist of Eric Clapton and played with the guitarist during 1985's Live Aid benefit show.

Donald Dunn Is A Member Of