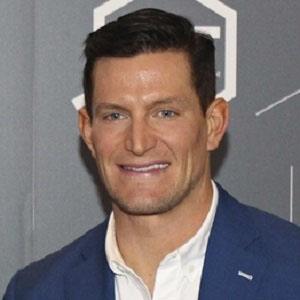 NFL punter who joined the New York Giants for their Super Bowl-winning season in 2011.

He was signed by the New Orleans Saints in 2006, after playing college football at the University of Illinois.

He had one of his best kicking seasons in 2010, during which he kicked a record 42 punts within the 20-yard line.

He fathered three children, Ace, Carney and Aurora, with his wife Laura.

He became teammates with Super Bowl MVP Eli Manning upon signing with the Giants in 2011.

Steve Weatherford Is A Member Of