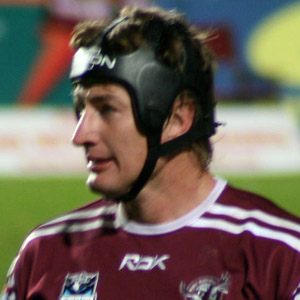 Rugby league player from Australia most famous for his six-year stint with the Manly-Warringah Sea Eagles. He won titles with the team in 1996 and 2008.

He played junior rugby for Harbord United before signing with the Sea Eagles for $9,000.

He was named to the Super League Dream Team in 2011.

His grandfather, Mackie Campbell, played in the first-ever Sea Eagles game in 1947.

He was teammates with Matthew Ridge on the Sea Eagles team which won the ARL title in 1996.

Steven Menzies Is A Member Of