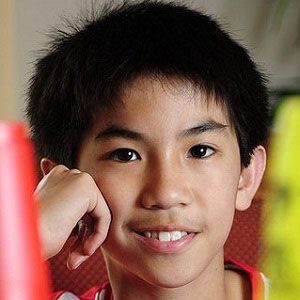 Record-setting Filipino-American sport stacker who was crowned World Champion three consecutive years from 2008 to 2010. His talents have been showcased on television shows around the world, including The Guinness World Record Show, NATGEO Amazing and Extreme Home Makeover.

He was born in Schaumburg, Illinois and was inspired to pursue sport stacking after seeing the World Sport Stacking Championships on ESPN in 2006.

He set his 30th world record by completing the timed 3-6-3 relay in 13.176 seconds at the Delaware State Sport Stacking Championships in February 2014.

His brothers Brian and Andrew are also sport stackers.

He appeared on The Ellen Degeneres Show in May 2010.

Steven Purugganan Is A Member Of