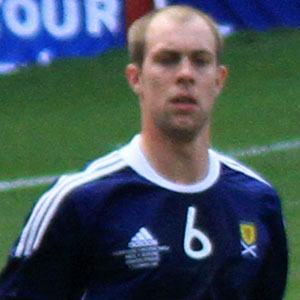 Right back who played 5 seasons with the Glasgow Rangers before joining Norwich City in 2012.

He was a fan of Heart of Midlothian F.C. growing up but began his career in the Hibernian youth system.

He signed with the Rangers for a reported £2m fee, starting at left back and moving to right, where he proved himself a capable scoring defender.

He grew up in Edinburgh, Scotland.

Lee McCulloch also had a successful career with the Glasgow Rangers.

Steven Whittaker Is A Member Of