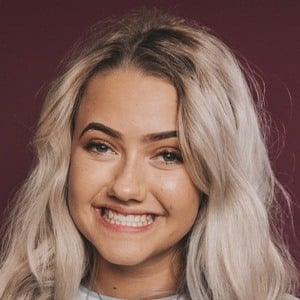 YouTube star who is widely known for her self-titled YouTube channel's content. She has gained popularity there for her fashion, DIY, lifestyle, and friend tag vlogs.

She has amassed more than 80,000 subscribers to her YouTube channel.

She was born and raised in Bergen, Norway alongside an older sister named Carina. She has featured her mother in her videos before.

She and Herman Dahl are both Norwegian social media stars known for their YouTube friend tags.

Stina Talling Is A Member Of