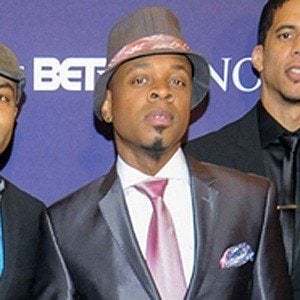 Best recognized as the lead singer and studio drummer for the Minnesota-born R&B band Mint Condition. The band is known for hit singles like "Breakin' My Heart (Pretty Brown Eyes)" and "What Kind of Man Would I Be."

Mint Condition made their debut in 1991 with the album Meant to Be Mint.

He and his wife, Sylvia Williams, have a daughter named Aaliyah Kellogg Williams.

In 2011, he was featured on the Kelly Price single "Not My Daddy." The song earned him his first Grammy nomination.

Stokley Williams Is A Member Of