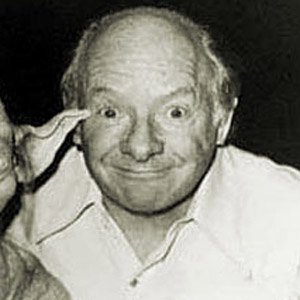 Best remembered for his makeup designs for such Star Wars characters as Yoda and Chewbacca, he also served as the chief makeup artist for two of director Stanley Kubrick's major films: Dr. Strangelove and 2001: A Space Odyssey.

Early in his career, he created makeup and hair designs for the renowned English actor Alec Guinness.

He served as a makeup supervisor for the popular Superman movies.

He and his wife, Kay, raised three children, including a son named Graham who also became a makeup artist. Freeborn lived to the age of ninety-eight, outliving his wife and all three of his sons.

His design for the Yoda character combined elements of his own visage with facial features of the world-famous physicist Albert Einstein.

Stuart Freeborn Is A Member Of