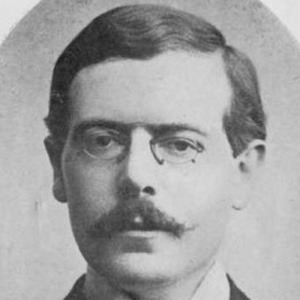 American-born symbolist poet who wrote in the French language and became known for Petits Poemes d'Automne, Les Fastes, and other works.

He was born in New York but moved to France at age three, when his father took an American diplomatic position in the country. Merrill remained in France for nearly twenty years.

His father disowned him for his radical, anarchist politics.

He married in 1891 and published one of his best-known poetry collections, Les Fastes, in the same year.

He met Leaves of Grass poet Walt Whitman at a New York lecture in 1887.

Stuart Merrill Is A Member Of