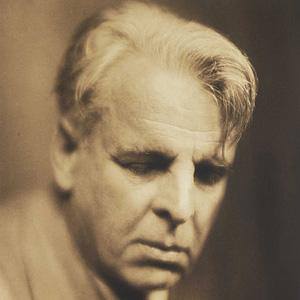 Major Irish Symbolist poet and Nobel Prize recipient who is remembered for The Tower, The Green Helmet, and other works. Also a playwright, he had several of his dramas, including Purgatory, performed at the famous Abbey Theatre.

He had a lifelong interest in mysticism and occultism, and he joined The Ghost Club, a paranormal research organization, in 1911.

His 1920 poem "The Second Coming" contains vivid images of change and destruction.

Like Oscar Wilde, Yeats was a famous Irish author.

William Butler Yeats Is A Member Of