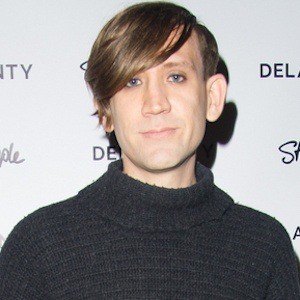 Contemporary British artist and curator who is known for his large scale canvas work which incorporated both text and found imagery.

He studied at Bournemouth and Poole College where he studied painting and printmaking. In 2004, he sent his portfolio to New York to art dealer Anthony d'Offay. He came to London and in his 2007 solo exhibition, he saw one million dollars in sales within the first five minutes.

He has won several awards for his art including the Happiness Hero Award and the Blue Peter Badge.

He was born and raised in Bournemouth, Dorset, England. His mother took him to the National Gallery where at the age of 7 he decided he was going to become an artist.

He was featured in The Guardians article Ten Best Art Auctions alongside Damien Hirst, Ai Weiwei, and Edvard Munch.

Stuart Semple Is A Member Of