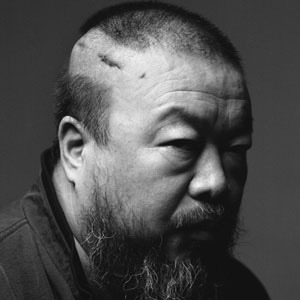 He and his family lived in a Chinese labor camp and later, in exile. They returned to Beijing in 1976, and Ai studied animation at the Beijing Film Academy.

His famous 2010 installation art work, "Sunflower Seeds," served as political and social commentary on Chinese mass consumption, collective work, famine, and industry. A documentary was made about him called "Ai Weiwei: Never Sorry" in 2012.

He married the artist Lu Qing and had an extramarital affair that produced a son. His father was the Chinese poet Ai Qing.

He lived and studied in New York City during the 1980s and early 90s. During this period, he was introduced to the work of pop artist Andy Warhol.

Ai Weiwei Is A Member Of