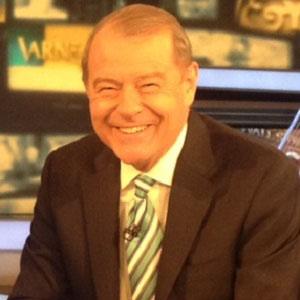 Known for his economics-focused journalism, Varney is famous for his work with both the Fox Business Network and the Fox News Channel. The programs he has contributed to include Your World with Neil Cavuto and Varney & Company.

After graduating from the London School of Economics, he accepted a position with Radio Hong Kong and subsequently worked for San Francisco's KEMO-TV station and hosted CNN-New York's Moneyline and Business Day programs.

He often appeared on the Fox Business programs Cashin' In and Bulls & Bears.

A native of Derbyshire, England, he relocated to the United States in his twenties. Before divorcing in 2014, he and his wife Deborah became parents to six children.

He stirred controversy by harshly critiquing Pope Francis' statements about capitalism and the gap between the rich and the poor.

Stuart Varney Is A Member Of