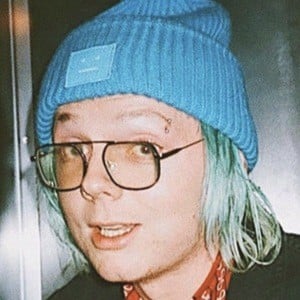 Quick rising rapper who immediately made a name for himself with the single "Fast." The song was featured in approximately 3 million TikTok videos was streamed millions more times on Spotify.

He posted his hit single "Fast" online in April of 2019. Before releasing the song, he had already established a sizable Instagram audience with comedy skits and beatmaking videos. Prior to that, he was part of a screamo band after learning to play the drums through the video game Rock Band.

He was born William Schultz in Los Angeles, California. His parents are church musicians.

Lukas Daley, a friend of Sueco's circle, helped circulate the song on TikTok by sharing a video using the song "Fast."

Sueco the Child Is A Member Of