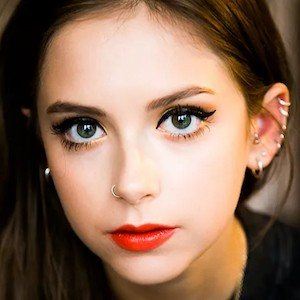 Most Popular#38175
Born in Barnstaple, England#3

Beauty and fashion YouTube vlogger who has more than 450,000 subscribers on her main channel, and over 130,000 subscribed to her secondary channel, extrasunbeamsjess.

She created her YouTube channel in March of 2009 and introduced herself to the YouTube community in an "Introduction" video in May of 2010.

She was raised in London with her three half sisters named India, Maya and Daria. She has dated Zak Harper.

Tanya Burr helped Jess gain popularity when Tanya mentioned her in a video.

Most Popular#38175
Born in Barnstaple, England#3

SunBeamsJess Is A Member Of