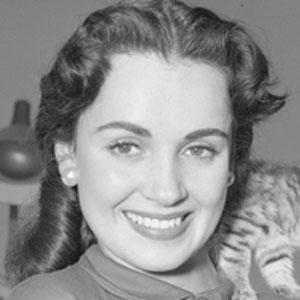 Film and television actress who had roles in the 1947 film Kiss of Death and the 1960 film The Wasp Woman.

She was raised in many foster homes and later studied to become an illustrator.

She was romantically linked with King Hussein of Jordan for many years.

She had a son, Timothy Scott Roman with her second husband, Michael Roman. Mike suffered from psychological problems and was charged with involuntary manslaughter for her death in 1986.

Rose McGowan was cast to play Cabot in the film Black Oasis, which was based on her life.

Susan Cabot Is A Member Of