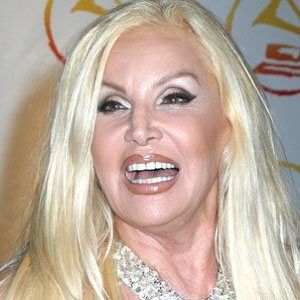 Famous for hosting her self-named Argentine television variety show, she is also known for her title role in the 1974 cult film La Mary. By 2015, this extremely popular entertainer had nearly three million Twitter followers.

She abandoned her early career as a secretary to work as a fashion model. At the start of her entertainment career, she acted in a commercial for a popular soap brand.

She received the prestigious Golden Martin Fierro Award for her television hosting work and also set a Guinness World Record for number of fan communications received by a TV host.

Her first marriage to Mario Sarrabayrouse resulted in a daughter named Mercedes. Between 1974 and 1998, she was married three more times: to boxer Carlos Monzon; actor and filmmaker Ricardo Darin; and Huberto Roviralta (all of these marriages ended in divorce).

She's interviewed world-renowned artists such as Luis Miguel, Michael Bublé and John Travolta, amongst others.

Susana Giménez Is A Member Of