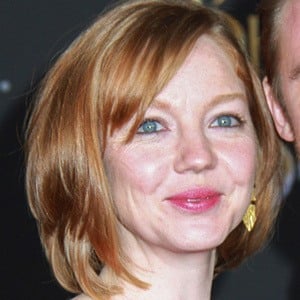 Jazz vocalist turned singing teacher also known for being the wife of Beauty and the Beast and Downton Abbey star Dan Stevens.

She and Dan met in 2006 while they were performing in different theaters in England.

She acted in a 2010 feature film called Forget Me Not.

She and Dan married in 2009 and have children named William, Aubrey and Eden.

She acted alongside Genevieve O'Reilly in the movie Forget Me Not.

Susie Hariet Is A Member Of