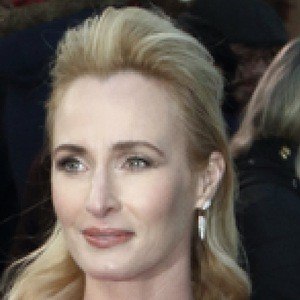 Irish actress most famous for her role as Mon Mothma in the Star Wars series of films. She is also known for her performances in blockbusters like 2003's The Matrix Reloaded and on shows like The Secret.

She was raised in Adelaide, Australia. She graduated from the National Institute of Dramatic Art in 2000.

She played Diana, Princess of Wales in the 2007 docudrama Diana: Last Days of a Princess.

She married Luke Mulvihill. She is the eldest of four siblings.

She co-starred with James Nesbitt on The Secret.

Genevieve O'Reilly Is A Member Of