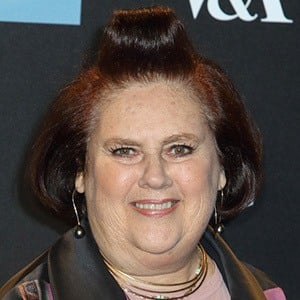 She studied dressmaking at ESMOD in Paris during her teen years. She later read history and English literature Newnham College, Cambridge, where she became the school's first female editor for the school newspaper.

She holds the British OBE and French Legion d'Honneur honors. She appeared in the 2016 British comedy film Absolutely Fabulous: The Movie.

She is widowed, and has three sons. She has three grandchildren through them.

She and Karl Lagerfeld frequently worked together while both were prominent in the fashion world.

Suzy Menkes Is A Member Of