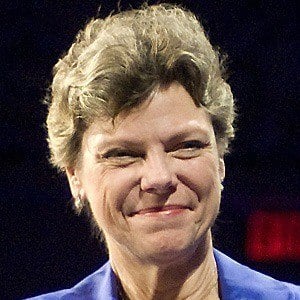 TV news anchor, journalist, columnist, and author who presented as an analyst at This Week With George Stephanopoulos.

In 1964, she graduated from Wellesley College with a political science degree.

She was a contributing senior news analyst for NPR and a political commentator for ABC News.

She married Steven V. Roberts in 1966. She had two kids named Rebecca and Lee Roberts.

She was appointed by President George W. Bush to his Council on Service and Civic Participation.

Cokie Roberts Is A Member Of