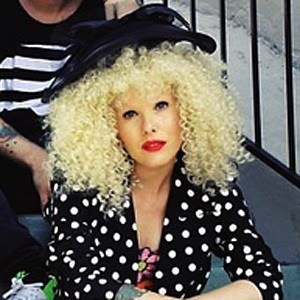 Icelandic pop star who scored a major hit with 2001's "The Real Me" before forming the popular electropop act Steed Lord. She was chosen to represent Iceland in the Eurovision Song Contest 2017.

She performed duets with her father as a child, inlcuding "Fyrir Jól," which topped the charts in Iceland. She studied at the Icelandic National Theatre Ballet for 7 years.

In 2012, she released her own clothing line called Kali.

She is the daughter of singer Björgvin Halldórsson. She married Einar Egilsson in 2013.

She toured as an opening act for Peaches in 2009.

Svala Is A Member Of