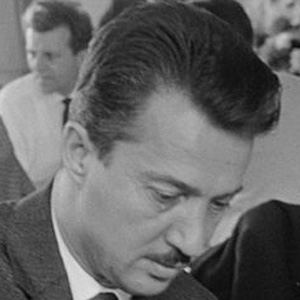 Chess legend who is considered to be the greatest Serbian player of all time.

He learned to play chess by watching men play at a local bar when he was a young boy.

His book entitled "I Play Against Pieces" detailed his philosophy of playing the board without any animosity towards his opponent or use of psychology.

Growing up, his family was very poor.

He had a longstanding rivalry with chess champion Bobby Fischer .

Svetozar Gligorić Is A Member Of