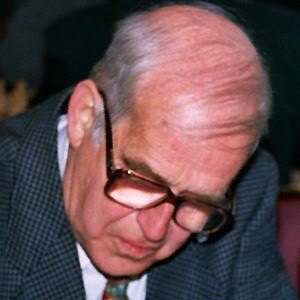 He was considered by many to be the greatest amateur chess master of the 20th Century.

His father taught him to play chess at the age of 10.

He chose not to become a professional chess player because of his passion for law.

His wife, Freia, was by his side for over 50 years.

He had a first place tie with Boris Spassky in the 1965 Chigorin Memorial tournament.

Wolfgang Unzicker Is A Member Of