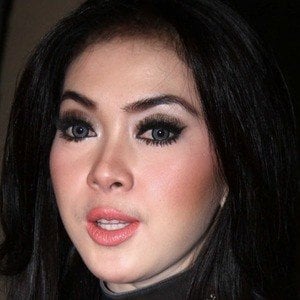 Indonesian singer, songwriter, and dancer who released albums called My Lovely and Jangan Memilih Aku in 2008 and 2009, respectively.

She graduated from Pakuan University in Bogor with an undergraduate law degree.

Her single "Tatapan Cinta" was featured in the soundtrack to the film Coklat Stroberi.

She was born Rini Fatimah Jaelani in Sukabumi, Indonesia.

She collaborated with Anang Hermansyah on the single "Jangan Memilih Aku."

Syahrini Is A Member Of