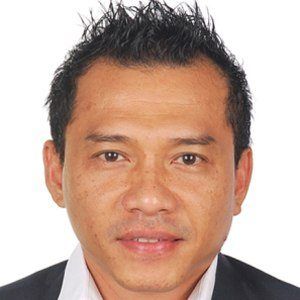 Indonesian solo singer who was popular during the 1990s and early 2000s. He released over half a dozen successful solo albums and numerous duet albums with his former wife Krisdayanti. He also became a judge on Indonesian Idol in 2007.

During high school he was a member of a local music group. Into college at the Islamic University of Bandung, he continued to study music. Then, in 1989, he formed the band Kidnap. Finally, in 1992, he released his debut solo album Biarkanlah.

Following his musical career, he began a career in politics, joining the House of Representatives in Indonesia in 2014.

He was married to singer Krisdayanti from 1996 to 2009. Then, in 2012, he married singer Ashanty. He has three children: Aurel, Azriel, and Arsy. Aurel is also a singer.

As a judge on Indonesian Idol, he worked alongside fellow judges Indra Lesmana and Ahmad Dhani.

Anang Hermansyah Is A Member Of