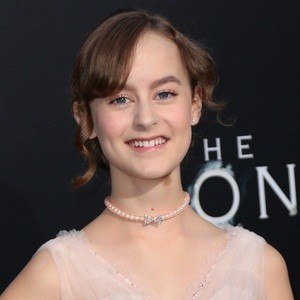 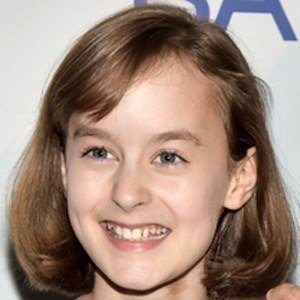 Tony Award-nominated actress in the category of Best Featured Actress in a Musical for her portrayal of Small Alison Bechdel in the both the off-Broadway and on-Broadway productions of Fun Home.

She made her professional acting debut in 2012 in the film Girl Most Likely.

She has played younger versions of Kristen Wiig in the films Girl Most Likely and The Skeleton Twins.

She moved with her parents and two older brothers from Atlanta, GA to New York City when she was two years old. Her parents have their own software consulting company.

She and her older brother Jake Lucas appeared together in a Campbell's soup commercial and in the Jennifer Aniston-starring film She's Funny That Way.

Sydney Lucas Is A Member Of