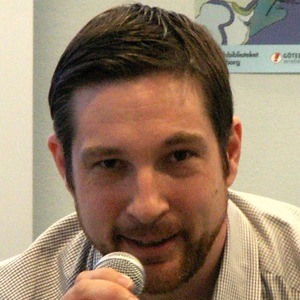 European comic book author who is known for having written several books within the Conquests series. Ranging from future and adventure content to a variety of concert posters as well, he shares his illustration and design work through Instagram for his over 100,000 followers.

He earned his degree in Plastic Arts and his MA in Political History. He began working at the publishing house Humanoides Associes as the editor for Moebius & Enki Bilal. He then went on to finish and publish his first comic book in 2004.

He has won several awards for his art including the Award of Excellence at the International Manga Awards and honors from the Japanese Ministry of Foreign Affairs in 2011.

Sylvain Runberg Is A Member Of