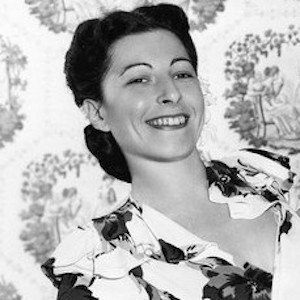 Composer and producer known for songs in films like The Moon is Blue, Knock on Wood, and The Five Pennies. Her title song for the 1953 film The Moon is Blue earned her an Oscar nomination for Best Original Song.

She studied music at Brooklyn College and worked as an audition pianist.

She won a Peabody award in 1980 and was also nominated for two Emmys.

Her father was a Jewish dentist.

She was married to and played a key role in managing the career of comedian Danny Kaye.

Sylvia Fine Is A Member Of