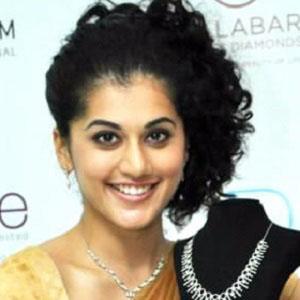 Famous for her Filmfare Award-nominated performances in the respective Telugu and Tamil features Mr. Perfect and Arrambam, this Indian actress is also notable for her cover modeling work for MaaStars and Just For Women magazines. She has earned more than 4.7 million Twitter followers.

After receiving a computer science degree from New Delhi's Guru Tegh Bahadur Institute Of Technology, she briefly worked in the software engineering field before being discovered as a model and appearing on India's Get Gorgeous reality TV program.

A native of New Delhi, India, and a member of a Sikh family, she grew up with a sister named Shagun Pannu.

She made her big screen debut opposite Mohan Babu in the 2010 Telugu movie Jhummandi Naadam.

Taapsee Pannu Is A Member Of