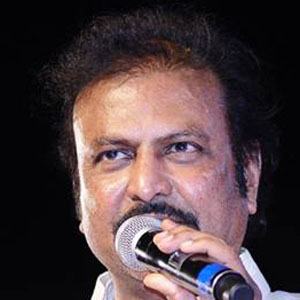 Known for his work in such Telugu and Tamil films as, respectively, Pedarayudu (for which he won the Filmfare Best Actor Award) and Guru, this popular Indian actor also held political office and founded the Sree Vidyanikethan Educational Trust.

Before making his screen debut as the villain in the 1975, Dasari Narayana Rao-directed movie Swargam Narakam, Babu worked as a physical education teacher.

He received a 2008 CineMAA Award for his supporting role in the Telugu movie Yamadonga.

His children Lakshmi Manchu, Manchu Vishnu, and Manchu Manoj all had successful careers as screen actors.

An ardent supporter of actor and politician NT Rama Rao and Rao's Telugu Desam political party, Babu worked as a politician himself, serving for six years in the Indian Parliament.

Mohan Babu Is A Member Of