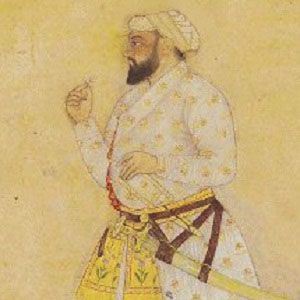 Remembered for his protection of Sikhs and Hindus against a seventeenth-century law that forced these Indian religious groups to convert to Islam, Bahadur was appointed his country's Guru of Sikhs in early 1664. As a result of his actions, he was sentenced to death by the Indian Emperor; his execution made him a martyr.

During his early years, he trained as both a horseback rider and an archer.

He penned many hymns that came to be included in Sikhism's religious text, the Guru Granth Sahib.

Born Tyaga Mal Khatri in Amritsar, India, he was one of the six children of Guru Hargobind and Nanaki. His marriage to Mata Gujri resulted in a writer and warrior son named .

He and Guru Nanak were both important Sikh religious leaders.

Guru Tegh Bahadur Is A Member Of